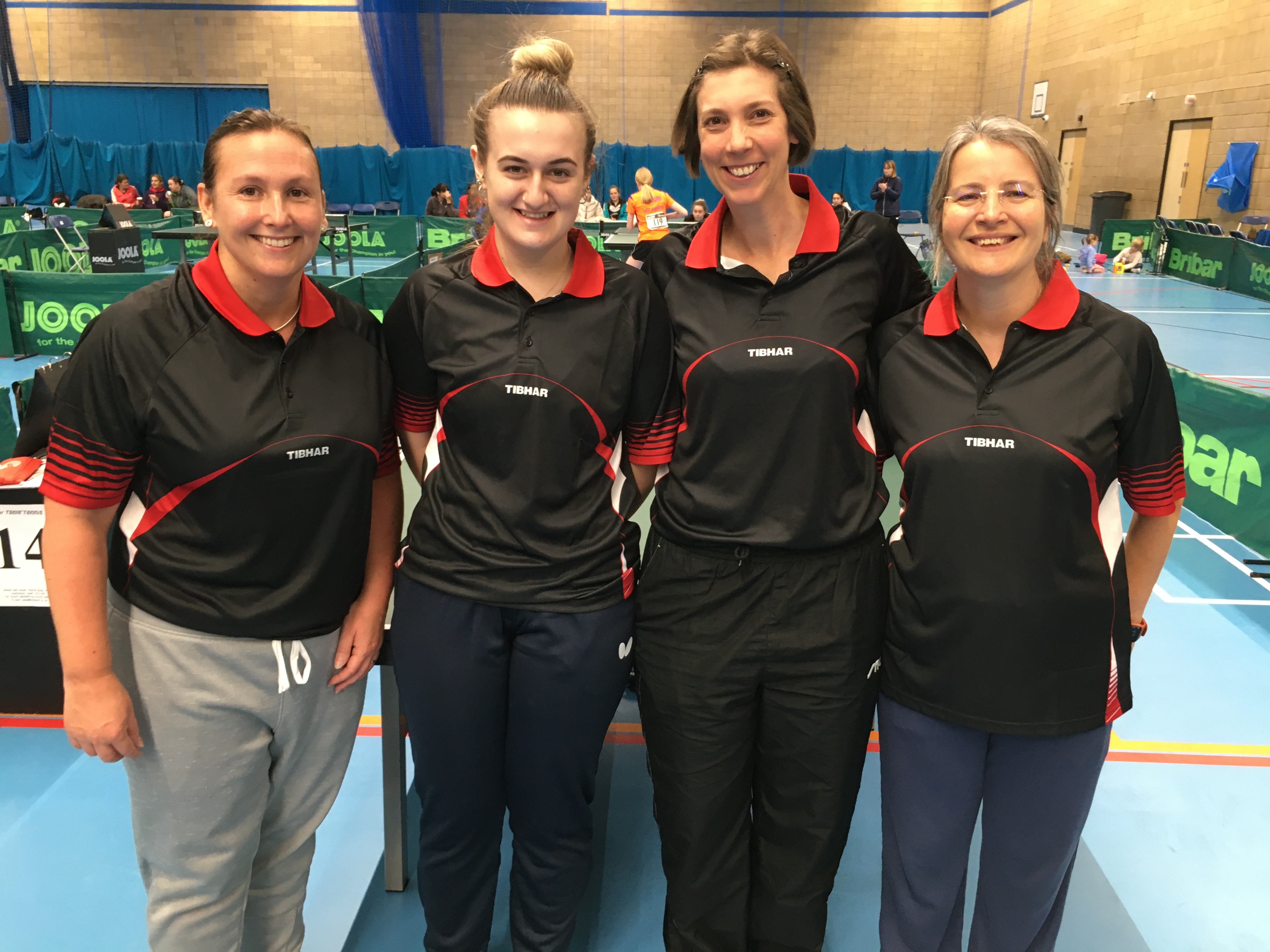 Following last season’s championship winning campaign, NETTS lined up in Division 4 at the first weekend of Women’s British League in Wolverhampton. With the teams number one player Lucy Wang unavailable this season, team stalwarts Gracie Edwards, Nikki Davison, Maria Boulton were pleased to be joined by former England Number 1 Junior player Shelly Uzal, a former Essex Junior teammate of Nikki’s. A 6-0 defeat in the first match against Dun Laoire of Ireland may have knocked the Earls Colne based teams confidence, however the ladies showed their mettle by winning the next three matches 6-0 against Graham Spicer (Surrey), Youngs TTC and Halton. The final match saw another Irish opponent, Glenburn. At 2-2 the match could have gone either way but Shelly and then Maria stamped their authority, both winning their final singles 3-0 to seal a 4-2 victory for NETTS. Individual averages for the weekend were Maria 8/8 (100%), Gracie 7/10 (70%), Shelley 5/8 (62%), Nikki 2/4 (50%). The second weekend takes place on 25/26th January.